When Security Director Eddie White and his team of officers at St. Joseph Medical Center in Houston, TX found themselves in the eye of a politically and racially charged-up storm, exceptional teamwork and communication proved to be the hallmark of their success. 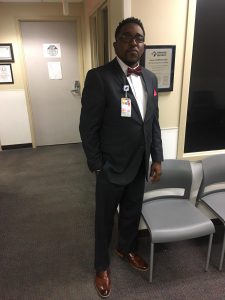 “The officers displayed the core values of PalAmerican and exemplified a level of professionalism that far exceeds all of my expectations.” -Security Director Eddie White

Tensions ran high across the city, but our Security Officers performed exceptionally well under the circumstances. With a new strategy in place to ensure the safety of persons and property in and around the medical facility, our officers worked together and became the new definition of teamwork. With special recognition, those officers are:

The aforementioned officers’ commitment to protecting our staff far exceeded all expectations. During the protests, our officer’s roles varied from post to post and their responsibilities quickly changed as the situation unfolded.

From the beginning of the pandemic, we have been authorized to permit one visitor per patient for 15-minute increments. No other persons are allowed in the facility unless they are seeking medical care. During the protests, however, this assignment became increasingly difficult due to the large number of protesters surrounding the facility. It was reported that many of the protesters wanted to enter the facility for various reasons. Our Security Officers stood strong and stuck to the mandated protocol. They manned every entrance and exit of the facility. Additional rovers were activated to patrol the grounds interior and exterior. While on patrols, officers were looking for debris that could be used as projectiles, as there had been street construction around the facility. Materials and debris left from these sites could have been used for ill intent, but with each officers’ awareness, and the increased police presence, St. Joseph Medical Center sustained no property damage. Other facilities in Houston, unfortunately, were not as lucky in their efforts. 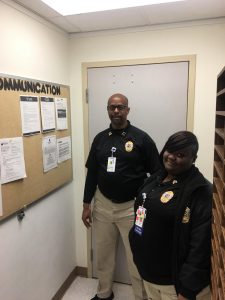 In addition to the challenges the officers faced while at work, many of them also struggled to find means of public transportation. With bus routes and metro rails closed, this presented challenges. Officers were encouraged to come to work early to help. Some officers arrived hours before their shifts began in order to relieve their fellow officers on time. Others stayed at their post until the event passed.

Our officers’ extraordinary efforts exemplify what it means to be a PalAmerican Security Officer. With that, behind every great team is a great leader. Eddie’s ability to communicate a calm and controlled plan is commendable. Having worked in law enforcement in New Orleans during Hurricane Katrina, Eddie understood the challenges of maintaining peace amidst chaos. With certain precautions and preventative measures implemented by the police department.

On “coming together, keeping together, and working together,” our PalAmerican Senior Leadership team knows this best. With special recognition for their continued support and concern during these trying times, those individuals are:

See some of the other outstanding efforts that our officers have done during COVID-19: https://palamerican.com/uncategorized/colorado-officers-go-above-and-beyond-amid-covid-19-outbreak/