How to Become a Police Officer in Texas 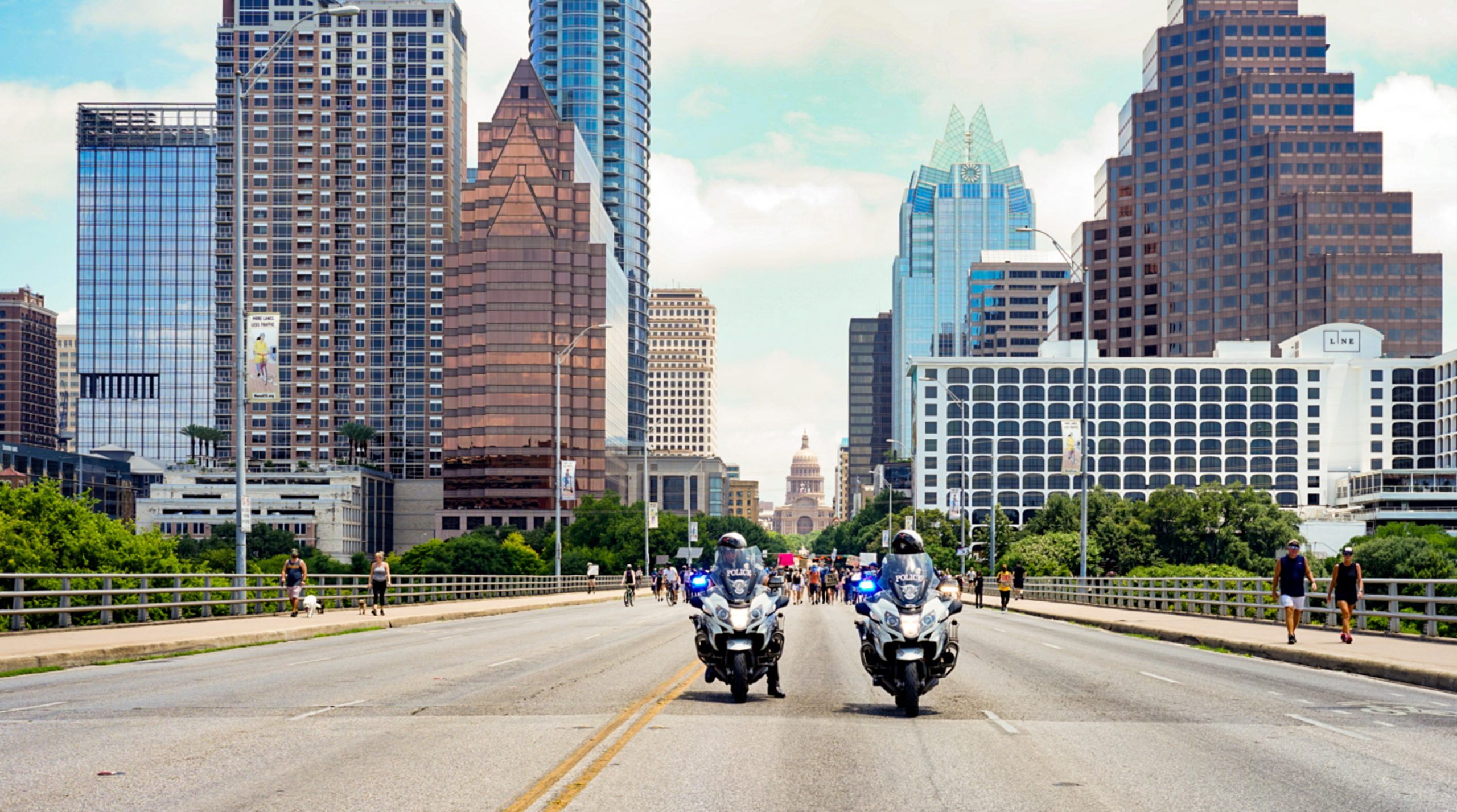 Becoming a police officer (or peace officer, as they are called in Texas) is no easy task. The selection process is long and demanding with a long list of requirements.

Once candidates make it through the hiring process, they go through extensive training to develop the skills essential to upholding societal law and order. For those who make it through this arduous selection process and graduate from police academy, however, working as a police officer can be an extremely rewarding career.

If you live in Texas and have decided that a career in law enforcement is for you, we’ll go through the necessary steps you’ll need to take in order to be a successful applicant.

For those that plan on going into law enforcement in Texas, the future looks bright. Police and sheriff’s patrol officer jobs are expected to increase by 9% by 2028, with a projected 5,040 annual job openings. In fact, according to the U.S. Bureau of Labor Statistics, Texas employed the second-highest number of police officers last year, 51,980, with New York state being a close behind.

What is the Salary for police officers in Texas?

The regions in Texas with the largest police departments and which will likely see the biggest growth over the next few years include:

The Houston Police Department is the largest police department in Texas, and is the fifth largest agency in the U.S with over 15,220 employees and an annual mean salary of $67,700.

The Dallas Police Department is the second largest state law enforcement agency, including 14,210 employees and an annual mean salary of $73,300.

Finally, Austin has the fourth-largest law enforcement agency in Texas, with 4,130 employees and a mean annual salary of $71,770.

Minimum requirements to become a police officer in Texas

Requirements will vary according to regional police departments, however, there are a few basic requirements that must be met in Texas for an applicant to be considered. These requirements are set out by the Texas Commission on Law Enforcement.

If you are between 18 and 20 years of age, you must have an associate’s degree or at least 60 hours worth of credits from an accredited college or university. Usually, candidates will take courses related to law enforcement such as criminal justice, sociology or psychology to give them an edge in this competitive field.

If you do not meet the education requirements, you can substitute college credit with military service; however, you must have received an honorable discharge from the United States Armed Forces after at least 2 years of active service.

For those who are 21 years of age or older, college credit or military service is not required.

Application process to become a police officer in Texas

If you have met the minimum education requirements and qualifications, you will go through a rigorous application process, designed to only accept those who can handle the pressures of law enforcement. A Texas peace officer application includes:

The first step to becoming a police officer in Texas is a physical exam to ensure applicants are physically fit enough for this demanding job. Applicants will go through a fitness test including drills like running 1.5 miles within a certain time, a minimum number of push ups or sit ups within 1 minute, and scaling walls of various heights. The tests will vary according to the police department.

Once the physical exam is passed, applicants undergo drug testing to make sure there are no drug dependencies.

Candidates then go through a psychological examination to ensure they are able to handle the stress and pressure that is prevalent in a career in law enforcement.

Candidates must also have a clean bill of health, including good eyesight and hearing in order to proceed to the next round.

This is the final stage in the application process. Candidates are interviewed by the entire police department board to assess whether they will be a good fit for the team. In addition to an interview, candidates also take a polygraph test at this stage.

Those who are successful in this process will be invited to train at a regional police academy.

Some common reasons why candidates are disqualified from the application process include:

How long does it take to become a police officer in Texas?

The total amount of time it will take to become a police officer in Texas from application to probation completion is about two years. This does not include any university or college education prior to application.

The application itself takes about 3-4 months and the hiring process takes 3-4 months. After that, you can expect to set aside 6 months for police academy, and another 6-12 months for a probationary period before becoming a full-fledged peace officer.

Prepare for a career in law enforcement with PalAmerican

At PalAmerican, we offer industry-leading training for security guards to equip you with the necessary skills for a successful application. Contact our Houston location to gain valuable training and experience in the security industry in Texas.