If you continue making the same mistakes, your result will always be the same. 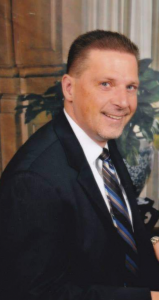 Early in his career, Jim Spore learned that accepting responsibility for your mistakes will have a better result than trying to hide them. Today, Jim has successfully climbed the ranks in the security industry, all while keeping himself grounded through this life lesson.

This October, Jim joined PalAmerican as the Director of Operations in Texas. In his position, he is responsible for providing support to our clients and personnel throughout the State of Texas. Since operation services play a key role in our organization, Jim looks forward to being challenge, as well as working to make the PalAmerican Family all the more successful.

Jim’s career path did not initially begin in the security industry. Rather, he served in the U.S. Army as a Military Policeman and a Military Police Investigator for over 6 years. These positions consisted of:

During this time, Jim received inspirational advice from a Command Sergeant Major, which he believes has allowed him to achieve success in his security career.

If there was ever an occasion where someone was critical of our work, he wanted us to understand that we should take the criticism professionally, not personally. He went on to say how he could chew us out one minute and the next minute we could be having lunch together. Essentially what he meant is that it’s easy for people to feel like criticism is an attack on them personally, but it isn’t. It is strictly business.

Transitioning out of the U.S. Army and back into civilian life is never easy. However, Jim felt like the security industry was a natural fit for his next career move. His previous career as a Military Policeman and Military Police Investigator, provided him with relevant security skills, such as:

Career Lessons in the Security Industry

It was during one of his first security jobs where Jim learned the important lesson of owning up to your mistakes. Jim encountered a client who he felt only delivered negative news to him. Overtime, Jim realized they were not giving him grief. Instead, they were pushing Jim to take charge by researching what the issues might be before their meeting. As soon as Jim incorporated this method of preparation to his work and provided the client with explanations, the client gained more confidence in Jim and his knowledge of the security program.

The key is to admit your mistakes and learn from them. One of my favorite sayings is, “The definition of insanity is doing the same thing over and over and expecting a different result.” In other words, if you continue making the same mistakes, your result will always be the same.

A Career at PalAmerican Security

For over 28 years, Jim has worked in both the contract security and proprietary security realms. He has also held many titles such as: Branch Manager, District Manager, Regional Manager, Security and Life Safety Manager, and Senior Security Manager.

What initially directed Jim to join PalAmerican was our core values, training, and our specialization in Healthcare. In addition, he also appreciates how PalAmerican forms close-knit relationships with employees, who we fondly call our PalAmerican Family.

When I was interviewed for PalAmerican, I could see and hear the interviewer’s passion for the company, the employees, and their clientele. There also appeared to be a ‘family’ and teamwork type atmosphere.

In addition to providing operation services to clients, Jim has the opportunity to mentor a group of supervisors. This mentorship will enable the supervisors to succeed in their current positions and future career path at PalAmerican. Jim has many years of experience in all vertical markets, and he is looking forward to sharing his knowledge, advice, and experience with others.

Advice for Working in Security

Many of us may already be aware that it is important to select a career or industry you are passionate about. However, Jim wants to reinforce this to individuals whose interests lie in the security industry. He provides the following advice:

Customer service is an area Jim is greatly passionate about, which is why he chose a career in security. Although some might assume security is only a ‘lock and key’ type of job, customer service is the backbone for this industry. Since Jim values customer service, he takes on any opportunity he can to help others in his position.

In today’s world, it’s much easier for people to send emails or text to communicate. Therefore, they don’t have the necessary skills for face-to-face contact. When I train people on customer service and then see them come out of their shell, it gives me satisfaction.

PalAmerican provides a positive work environment, allowing individuals to build transferable skills with the opportunity for promotions. We are currently hiring for positions across the United States. View our open positions here!